Linux is Free?! Can I Use It In My Business To Save Money?? 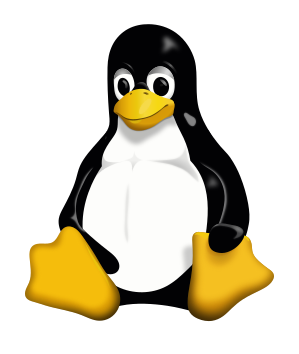 Yes, Linux is free because it is Open Source, which I can get into in a later post.

As for if you can use it to save your company money, yes and no. It all depends on how developed your company’s processes and IT currently are and its ability to change.

Linux is most popular for it’s server versions and things behind the scenes that user’s don’t normally see. For example, this website runs off a Linux server and in fact, a lot of websites are run off Linux servers. Linux servers are also fairly popular in web design, database management, some application development and many others. The desktop (the part users are used to seeing) versions of Linux are far less popular. Although in recent years they have been seeing a rise in users. Lenovo (along with other larger manufactures) are starting to release computers with the option to have Linux (certified versions) installed instead of Windows.

So why the two answers? Because if a business is already developed and using specific pieces of software on Windows computers or servers, it is likely that software will not be compatible with Linux. In most cases there is a Linux compatible, open source alternative that the business can use. However, that bring upon a lot of change with both the employees and the business to accommodate the change. The desktop version is the biggest concern. Linux runs great on old hardware and it is typically a lot more stable. So the computers employees use will likely last longer and have less issues or errors. But that application your business already uses to track inventory (for example) may not work on Linux and your employees will be spending time learning not only a new Operating System but also a whole new application. Transferring that data from the old system to the new Linux compatible system may also prove to be a large process if the two applications store the data in incompatible ways.

If the business (or even a single department) is starting new and still developing their processes/software requirements, this would be a good opportunity to look into the possibility of using Linux in the business. Another thing to keep in mind when making this decision is that most of the people you will be hiring or already hired will not have any experience in Linux. Because of it’s lack of market share when it comes to home PCs, most people will have already gotten used to Windows or Mac. Meaning there will be a learning curve that you may have to address. IT support will also be something to consider as troubleshooting Linux computers requires a different skill set just like Windows, Mac, or really any other IT equipment.

Servers are typically a different story. Let’s say your website and email is hosted in your business locally on a Windows Server. Linux servers have been developed enough to make that transition to a new server fairly painless. Depending on the design and functions of the website and email, it may take a little time to set up. However, in most cases there will be very little differences in the interaction for the employees and the change won’t be noticed. On the back end, your server will likely last longer and run more efficiently on older hardware requiring less money in upgrades. However, this still requires an IT support company/staff that is familiar with Linux as it is an entirely different animal.